The back-to-school clothing and footwear allowance will be increased by €100 per child from August, the government announced this evening.

Benefit payments start next week, with the increased amount being paid from August.

The school meals program is also being expanded from September, to include an additional 60,000 children.

And school transport costs will be waived for a year.

Minister McGrath said that “given that these are immediate costs” it “was better to make an intervention then” rather than wait for the budget.

He said the increase in the back-to-school allowance was on an “exceptional one-off basis”, but that the extension of the meal program is permanent.

The announcement comes ahead of a motion by private Sinn Féin MPs on the issue in the Dail calling for support for households to meet back-to-school costs as the cost of living crisis hits household incomes.

The government has come under pressure from the opposition to introduce additional measures ahead of the budget, which has been brought forward to September 27, a move dismissed as inadequate by Sinn Féin leader Mary Lou MacDonald at the Dáil today.

People can claim the back-to-school allowance if they are recipients of social assistance, in training or in direct service.

Eligible families must have income below certain thresholds.

Earlier, Tánaiste Leo Varadkar said the back-to-school allowance increases announced earlier this year did not take into account the current rate of inflation.

He was answering questions from Sinn Féin leader Mary Lou McDonald, who said people could not wait another 13 weeks for financial help.

Ms McDonald said parents will soon be shelling out a fortune in back-to-school fees.

It is happening to families who never thought they would need help, she told the Dáil. 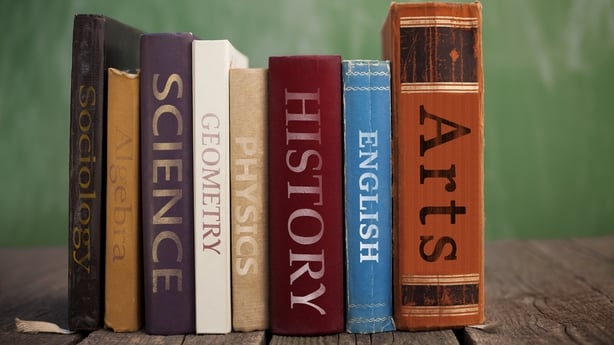 Sinn Féin is proposing to extend the Back to School Allowance to around half a million “middle income” families and to increase the rate of allowance for low income households.

Meanwhile, Social Democrats co-leader Róisín Shortall told the Dáil earlier that the back-to-school allowance “was more than 15 years ago than it is today”.

One in four families went into debt last year to pay for back-to-school fees, she said.

She asked how parents would react when they received requests for voluntary contributions from schools.

Ms Shortall called on the government to heed the advice of the Institute for Economic and Social Research on introducing targeted measures to help tackle the cost of living.

She said there was disagreement in government over the introduction of a one-time electricity credit.

In response, the Tánaiste acknowledged that the payment at the end of September was “too late”, but he defended the government’s decision not to hold an emergency budget.

He told the Dáil that the 2023 budget, which has been brought forward to September, will include measures that will take effect in a few weeks.

However, he said that no budget alone will be able to control inflation. Instead, there must be a global response involving international organizations, such as the European Central Bank.

Mr Varadkar said there must also be a reduction in costs such as childcare, which he said are out of step in Ireland compared to the rest of the EU.

Barnardos had asked the government to increase the back-to-school allowance for clothes and shoes for low-income families.

Eligible families are due to receive these payments on July 11.

Barnardos CEO Suzanne Connolly said: “Our staff are reporting that families are more concerned than ever about back-to-school costs.

“Barnardos believes the government must urgently increase the allowance to families to alleviate the current struggles and hardships they face.”